RanMarin Summer Training is Back! 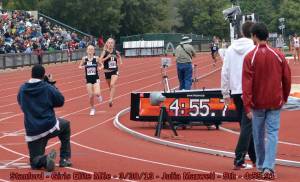 “Participating in the Ranmarin training program last summer and this winter has been one of the key secrets to achieving a peak level of fitness during the season. Ranmarin helps build a solid base of fitness for all high school runners; no matter their fitness level at the beginning of the program, runners will see rapid improvement in their fitness and will gain the ability to complete longer and faster runs throughout the solid weeks of training that Ranmarin provides. Gaining that kind of background fitness sets runners up perfectly for a successful and fun cross country or track season in which they will likely see their PR’s drop.” –Julia Maxwell, Branson High School

This 8-week summer training program will be customized for each individual athlete depending on their goals and running history. Whether you’re a returning state champion or an 8th grader looking to make the High School Cross Country team, a unique training schedule is customized for you. The program can be followed from anywhere! This program also includes the option of meeting twice a week in a group to workout and run together.

“Ranmarin gives you such an edge in the season that most of the girls won’t have. It helps you with race strategies, workouts, and injury prevention. It has also helped me make crazy improvements!” -Sophia Noto, Drake High School

Liz Gill: Liz Gill started running her junior year of high school at Branson High School. She was recruited to run Division 1 at Columbia University and after receiving a BA in English and Creative Writing, also competed a 5th year at the University of Southern California (USC) while pursuing a master’s in Journalism. Liz spend 3 years working as an Assistant Cross Country and Distance Track Coach at Branson High School. During her time as a coach, Liz was part of a program that has produced 3 consecutive individual MCAL titles in Cross Country, 2nd and 3rd place showings at MCAL Cross Country Meet for the Girls team, and individual MCAL and Class A Championship titles in Track. In addition to coaching, she has leadership experience working as a Backpacking/Volcano Boarding Guide in Central America. She is currently on track for a MS in Exercise Science/Kinesiology.

“Ranmarin Winter Training helped me not only build a solid foundation of fitness but also a confidence that I trained as effectively and intelligently as possible for my first-ever track season.” –Anna Harleen, Branson High School

Linda Broderick Gill: Linda is a USATF Certified Level 1 coach. She was the Head Cross Country Coach at The Branson School for six years and has been a Branson Track distance coach for eleven years. She was the Head Cross Country Coach at Marin Catholic for one year. She was an assistant cross country and track coach at Drake High School for one and a half years. Linda competed in Cross Country and Track at Tamalpais HS and she won the CIF State mile in 1976. She went on to become a national class runner at UCLA. A highlight was being part of the UCLA Track and Field National Championship Team in 1977. She holds a Bachelor’s Degree in Economics from UCLA.

Email WeRanMarin@gmail.com to sign up for Ran Marin’s Summer Training Program before the June 5th Deadline!